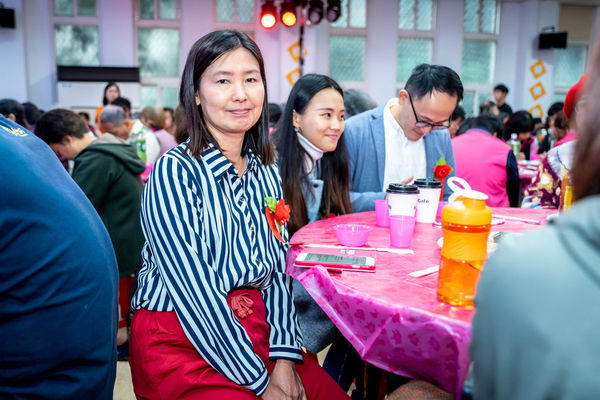 (Devoting herself to volunteering, Huang thinks that  fulfils and satisfies her life)

“Being able to help others makes me happy,” said Li-Ru Huang, a volunteer in Rehabilitation Center for Visually Impaired, who has just won the Eden Volunteer Award of the Year 2019. Devoting herself to volunteering, Huang thinks that fulfils and satisfies her life.

Huang leaves an elegant and gentle impression to others. Speaking of her motivations in volunteering, she said, ‘At first, I was just trying to find myself something to do. Life before then was not that intense but pointless, it was such a waste.’ Hence, she decided to live her ideal retired life, which is to help those who are in need. 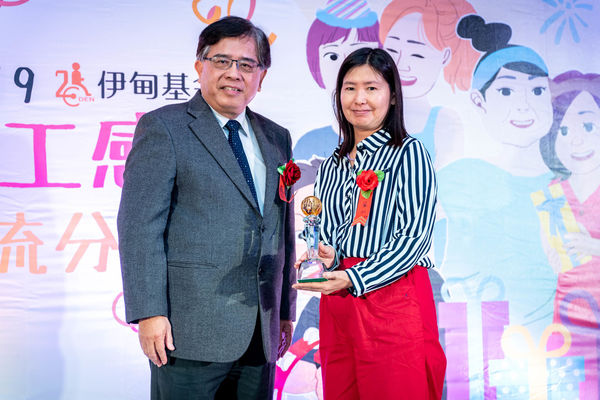 In March, 2017, Huang became a volunteer in Eden Rehabilitation Center for Visually Impaired, who provides physical guidance for persons with visually impairment whengoing to the hospital, groceries shopping, gyms, and so on. Huang is actually familiar with this assigned taskas she used to take care of herfather.

Huang’s father has lost his eye sight in one of the eyes in his 80’s while his another eye suffers from a large degree of vision loss due to insufficient rest after cataract surgery. At that time Huang was so busy she missed out the crucial timing for her father’s medical treatment. Huangdeeply regretted about it.

Because of such a big life change, Huang’s father became irritable. It was not until later, that he accepted the truth, and even started to cater to his bedbound wife who suffers from Parkinson's Disease. Huang admires her father's strong attitude towards life. The time she had with her father equips her with empathy and understanding which is essential while serving the visually impaired.

It’s not easy to build up the trust relationship in the beginning. When we asked Huang how she earned the trust from whom she served for the first time, Huang claimed that empathy is the key, ‘You want to make it clear to them that you will not treat them differently because of their loss of vision.’ Huang is very cheerful and openly sharing what happened to her father with others. Her openness really encourages service users to seek services needed. 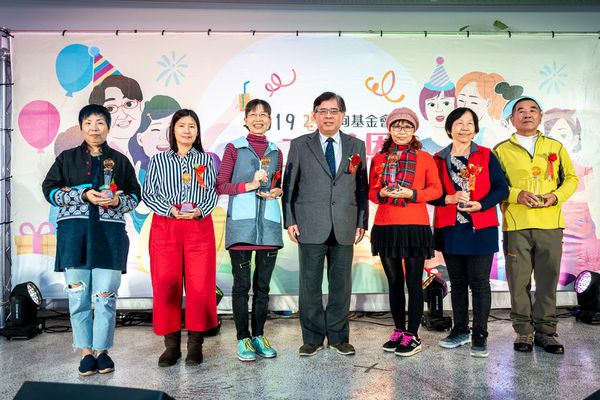 (Although Huang has just been in Visually Impaired Reconstruction Center for more than 2 years, she has already provided 900 hours of volunteering services!)

Huang not only serves adults with visually impairment but also serves children in need. There was a child who not only with visually impairment but also with developmental disability. When he was attending classes in Rehabilitation Center for Visually Impaired, he could barely stay focused due to auditory hallucination. Whenever he got restless, Huang would encourage him back to study and accompany him with great patience. The child later made significant progress, and his behavior also become steadier.

Although Huang has just been in Rehabilitation Center for Visually Impairedfor about 2 years, she has already provided 900 hours of volunteering service! Huang is not only an excellent volunteer in the service receivers’ minds, but also a super, irreplaceable helper in the center. After getting familiar with the guiding task, Huang was then entrusted with other volunteering tasks such as providing assistance in the Service Travel, helping out in National Taiwan University Museums and more. ‘When I’m helping others, it is me that actually receives the most,’ she was very pleased to have been awarded with Eden Volunteer Award of the Year, feeling being appreciated. Besides, Huang’s father is very proud of her. The support from her family enables her to contribute her life to people in need. The satisfied smile on Huang’s face tells how she enjoys the volunteer services.