Act Early Would Make A Difference

Yu, who is now nearly 3 years old, was born as a premature baby. His tiny body made him look much younger. "He couldn't turn over until he was one year and two months old," said his parents. Yu was falling behind the growth curve. However, with the support from Eden's Early Intervention Service, he has improved significantly in movement and cognitive ability. 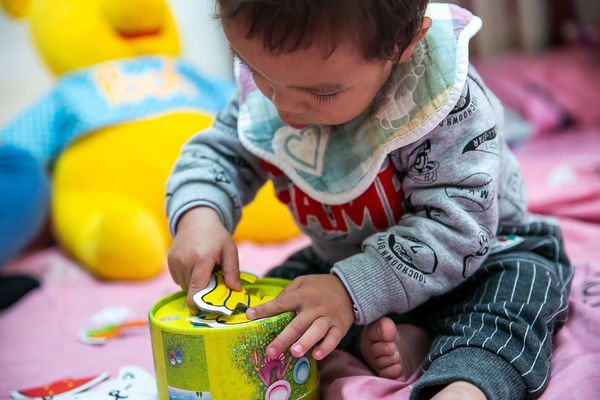 Catching up on physical development

Physically, it was not until one year and two months old that Yu learned to turn over. This was slower than other children of the same age. After a referral made by the hospital, Eden's Early Intervention Service stepped in. At first, Yu couldn't crawl but could only move around on his belly. After weeks of practice, Yu succeeded in crawling. More than that, he has also learned to roll over and get out of bed just in six-month time.

Speech wise, Yu has only been babbling but barely speaking a word when he was 2 years old. Initially, Yu's parents thought that he would be talkative as he has three elder sisters to interact and talk to. However, the fact turned out to be the opposite.Later with the help of a speech therapist through the Early Intervention Service, Yu began to make "daddy, mommy" sounds. Although the articulation was not so accurate, it was significant progress for Yu.

To help Yu, mom watched the teacher's demonstration and practice with Yu at home——when Yu required pens, and there were many on the desk, the teacher would show him one by one and asked which one is the pen he wanted, and mom applied the same principles at home when Yu asked for things. More than that, mom also identified items together with him, telling him the names of the items, and let him pay attention to her mouth while she pronounced. After several times, Yu began to imitate her mouth movement. With this simple but meaningful move, Yu's mom was restored with hope and felt relieved. 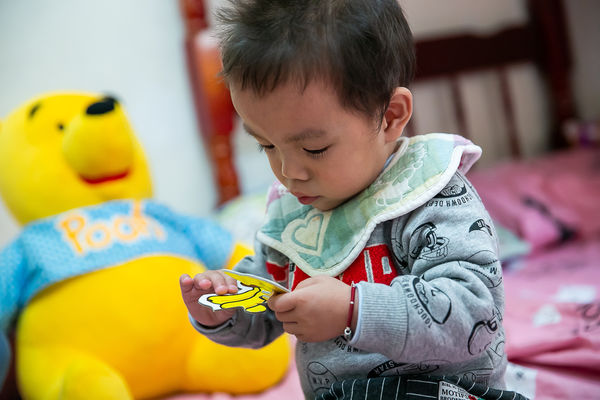 Soon, Yu will start his first campus life in a special education kindergarten. His mother expects that Yu's development will progress well through the specialized teacher and group interaction. The whole family takes good care of Yu and glad that the early intervention service was introduced and referred when Yu was young. With the support of the Early Intervention Service, they can identify Yu's special needs and get the help he needs at an early stage.