Who says getting old means getting irrelevant? A small establishment in Kashiwazaki, Niigata, Japan generates around 10 million Japanese Yan per year and it is full of employees who are over 65 years old. Those seniors broke the barrier between elderly and working. The older they get, the happier they become at working. 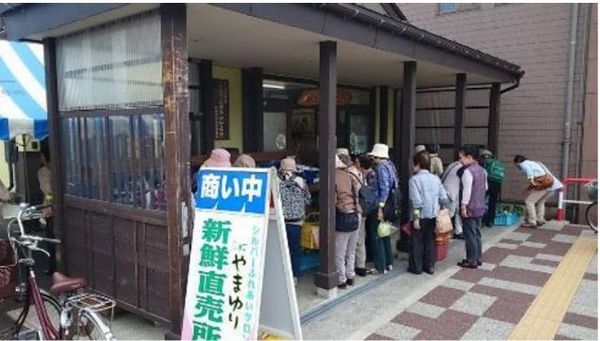 (pic: This beloved establishment only sells crops which were cultivated by the seniors. )

Ever worry about not getting any jobs when you get older? In Kashiwazaki, Niigata, Japan, instead of doing nothing, the retired seniors put their shoes back on and start their second career. Their retired lives hence become more meaningful since they enjoy their new jobs, their social lives, and extra incomes.

In Kashiwazaki, a survey shows that over 80% of the elderlies who are over 65 years old, are willingly to keep working even after they turn 70. Although with such high working willingness, corporations exclude them on purpose. What can the government do to help them return to the work force?

The Kashiwazaki Senior Manpower Center came into the picture. It serves as the bridge between the government, the corporates, and the families. With contracting, appointing, temporary resourcing, and recommending, it became a work medium which helps the seniors to reenter the labor force and to work.

The jobs at the center could be divided into two: temporary, which are normally couple months long; and short term, for instance 20 hours per week. The seniors can work as a chores helpers, listening volunteers, or helpers for disabilities.

For example, if the young parents are still at work, the elderly can help with children care, or be crossing guard for the school. As for the short term jobs, they can do patrols around the neighborhood to see if there are any abandoned houses that need to be repaired or demolished. Those abandoned houses due to the decrease of population often cause security risks to the neighborhoods. In case of intrusions or massive trash dumpings in those houses, they can inform the government to take further actions. 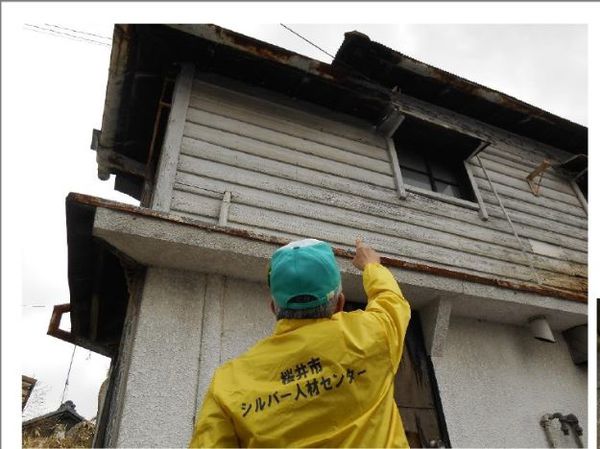 (pic: the elderly patrolling the abandoned houses to secure the neighborhoods.)

Facing the decrease of the labor force, mid-high age people are crucial to the companies which are having crisis. The Kashiwazaki Senior Manpower Center also helps to dispatch senior labor force so that the elderly can reach full potential of their abilities. Examples are: agricultural supports, cashiers, farm guides, and computing instructors.

Japan’s care system focuses mainly on severe patients and excludes the minors. The Center and local governments take over in this aspect on helping them to live healthily and prevent illness.

On the other hand, if the students from the nursing departments need stimulated patients for internships, the elderly can do such job. And in the case of autonomous isolation. The elderly can help to take care of the children.

One interesting phenomenon scenery in Japan is that there are tons of bikes. Some were abandoned long ago while some may be blocking the pathways for pedestrians. The ‘Silver-hair patrols’ are very helpful in this case by helping removing the bikes. Furthermore, in collaboration with theKashiwazakipolice department, the elderly were invited to be traffic ambassadors to raise the awareness in order to reduce traffic accidences. 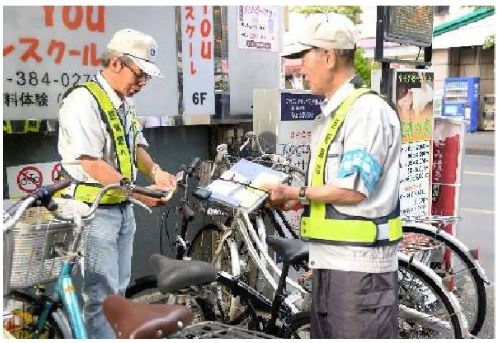 (pic: there are too many idle bikes on the street. Elderly helps to relocate them to not blocking the drive way)

Some senior citizens enjoy farming. The Center established a “Silver-Hair Farm” from resting farms and hired experts to instruct the elderly on farming. The vegetables and rice from the Farm soon became popular items among the neighborhoods.

This Farm has more perks than that. In the past, elderly who want to sell corps might give up due to lack of confidence. Now, with the help of the experts, they are able to do it. Secondly, the elderly can get to the nature and increase health. Lives also became more interesting. 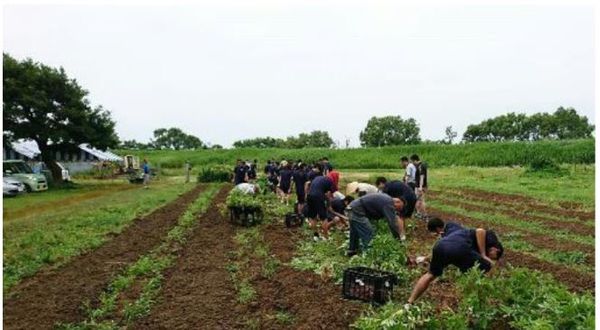 (pic: The Silver-hair Farm is a place for the elderly and those who are interested in agriculture.)

The elderly who join the Farm, compared to other elderly in Kashiwazaki and nationwide, have lower rate of illness. This indicates that by letting the elderly work and socialize, they’ll live heathier.

They further created an establishment to sell the corps and products from the Farm. Jams, veggies, to meals, the elderly take care of the entire chain from planting, manufacture, producing, to logistic and selling. Some senior citizens even bring their second hand goods here.

Laughter mixed with teas and coffee, elderly gather here and generate over 10 Million Japanese Yen per year in this establishment less than 80 square meters. “Even the 85 years old senior citizen can ern 80 thousand Yen per months.” Said Mr. Aoki, “Elderly used to have hard times finding jobs. However, by creating specific areas and finding the specific methods for them, they can unleash their abilities.”